Do Children Outside of Japan Like Washoku, the Traditional Cuisine of Japan?

I was in Milan, Italy, and Barcelona, Spain for short movie productions. The idea was to invite local children between ages six and nine and serve them a full-course meal of washoku, the traditional cuisine of Japan, so that we could film their honest reactions and comments on the experience. Prior to these two locations, we shot two movies with the same concept in New York, America, and Burgundy, France. So, all together, we will have four episodes for this series. This is one of General Incorporated Association MAM’s non-profit projects, with which we aim to promote the Japanese culture through washoku. The videos will be released online in 2019 for anyone to watch for free.

These children had never had authentic Japanese food before, let alone a Japanese full-course meal. Every time I observe these kids from America or Europe eat washoku, I notice various interesting things. The first thing that caught my attention was that a lot of them chose to leave an entire dish or two untouched. Understandably, no one has left a meat dish untouched so far, however, a number of children did not even try fish, mushrooms, or anything raw. Their preferences were very clear with flavors, too. Almost no one liked the flavor of dashi very much, and to my big surprise, one child did not even like the taste of soy sauce. These reactions were expected because our productions do not factor each participant’s likes and dislikes into the menu and value their honest reactions. Still, I find myself surprised. 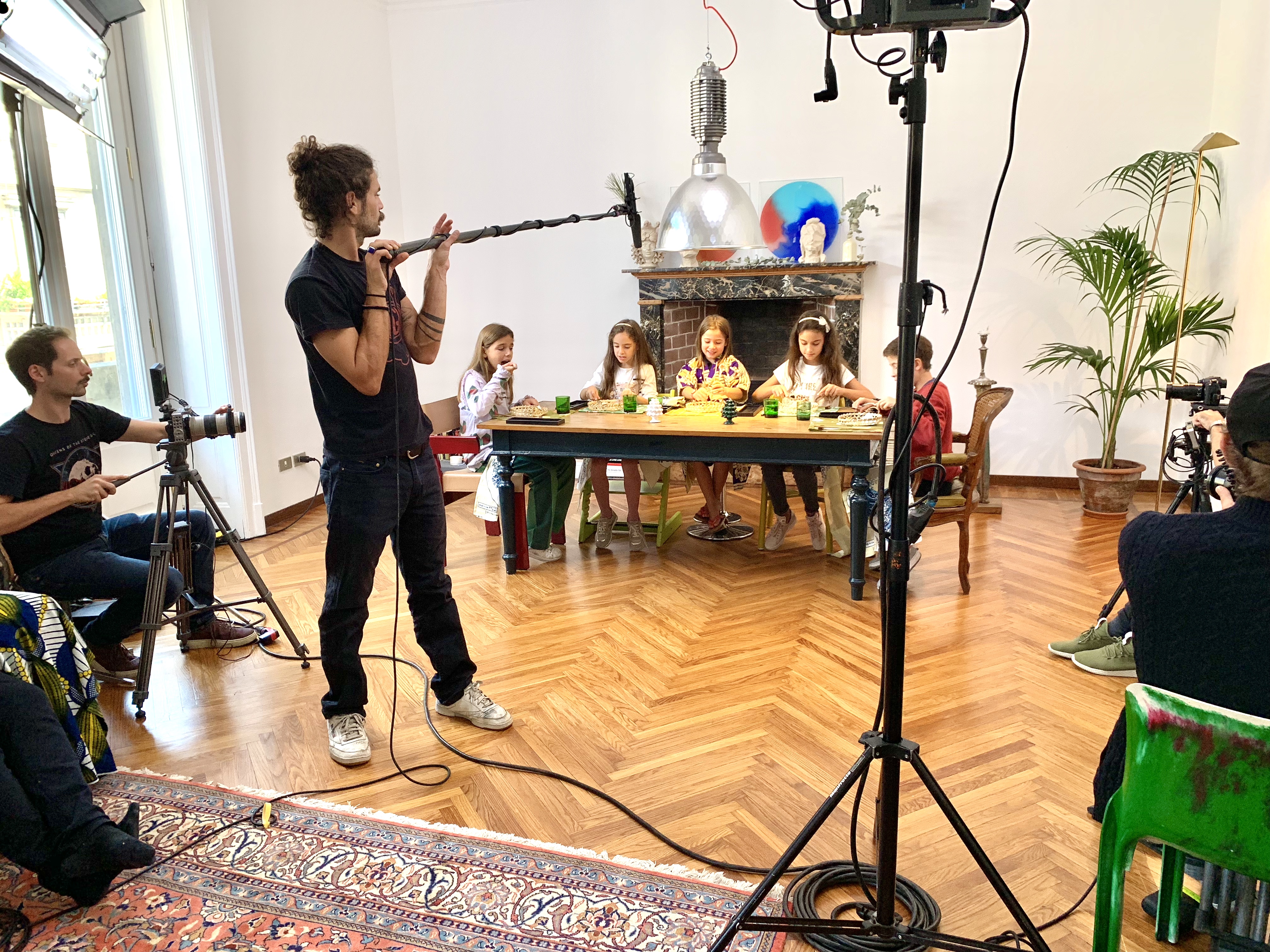 Washoku is a very unique culture in my opinion. Needless to say, the Japanese culture has been historically heavily influenced by China, and the very letters I’m typing now came from China. Among the big cultural elements of clothing, housing, and food, we can see strong Chinese influence on the first two especially in the pre-modern eras. With food, however, while it is true that we have some similarities such as rice being the main food and the usage of chopsticks and soy sauce, I believe in general we think of Chinese food and Japanese food very different.

In washoku, people typically eat fresh raw food such as raw fish and eggs on a daily basis. In America or Europe, only oysters and some other shellfish are consumed raw. Even in Italy and Spain, which are strongly associated with seafood, people don’t eat raw fish regularly (raw meat such as steak tartare is popular).

Of course, sushi is now very popular outside of Japan. You can easily find packed sushi at any decent supermarket. But if you take a close look, it mostly consists of cooked salmon, shrimp, or avocado. Rarely does it contain fresh raw seafood. If you want to eat sushi with raw fish, which Japanese people typically think of when they say ‘sushi’, most of the time you have to go to a pricey restaurant.

Sashimi, raw fish slices, is another regular dish at “Japanese restaurants,” which are often owned by non-Japanese people, and its name has become familiar to many regions across the world. However, again, it is pretty rare to find raw seafood sold at a regular supermarket as daily foods. Few cultures eat raw seafood. Therefore, their ways of fishing, killing fish (draining their blood), distributing, and selling fish are not compatible with raw seafood consumption.

To be clear, I am not trying to say, “Washoku is great, and the whole world should acknowledge its supremacy.” I am not implying that any cuisine is inherently better than others. What I am saying is that the Japanese cuisine is more unique than many other elements of the Japanese culture. There is no doubt that hamburgers, pizza, pasta, and some Chinese dishes are much more popular in the world than washoku.

What Would a Japanese Person Crave After a Long Stay in Europe?

Say a Japanese person has stayed for weeks in the United States or Europe. They are staying in a big city but at a hotel, so they do not have access to a kitchen. The city offers some Japanese restaurants but most of them are expensive yet not particularly impressive. What do you think they would crave in this situation?

My guess is that most Japanese people in this situation would say they crave “something with a light flavor.” Hiyayakko, or chilled tofu, soba, or thin buckwheat noodles with dashi soup, sunomono, or cucumber vinegar salad, etc.

I’ve asked a couple of European friends about this, and my impression is that they do not seem to relate to this ‘foods with a light flavor’ category so strongly. Of course, they have ‘light meals’ or ‘snack’ but these include ham and cheese, which are not ‘food with a light flavor’ to us. So, if a Japanese person is craving something with a light flavor at a restaurant or a café in Europe, their options would be limited to a salad or fruits.

Additionally, washoku often do without oil. Miso soup, ohitashi, or cooked spinach salad, pickles, chawanmushi, or steamed egg custard, and grilled fish are just a few typical recipes that do not use oil. A Spanish woman once said to me, “Cooking without olive oil, wine, or cheese, and yet making a delicious dish? That’s hard to imagine!”

Besides the ingredients and how we cook them, the Japanese lifestyle surrounding meals is unique. When a Japanese person eats bread, ham, and egg for breakfast, and Chinese food for lunch, what do you think they would want to eat for dinner? It would not be Chinese for sure. If they have pasta for lunch, they wouldn’t want Italian for dinner. In Japan, eating the similar foods for breakfast, lunch, or dinner, or every day is not popular, whether they are eating out or cooking at home.

However, in Europe, only foodies or some wealthy people have such a wide range of cooking methods and flavors on a daily basis. I was invited to three dinners at my friends’ places in Italy during my stay. What they served was very similar each time; cheese, pasta, and some salad. The drink was always wine. To some Japanese people, this could feel repetitive. 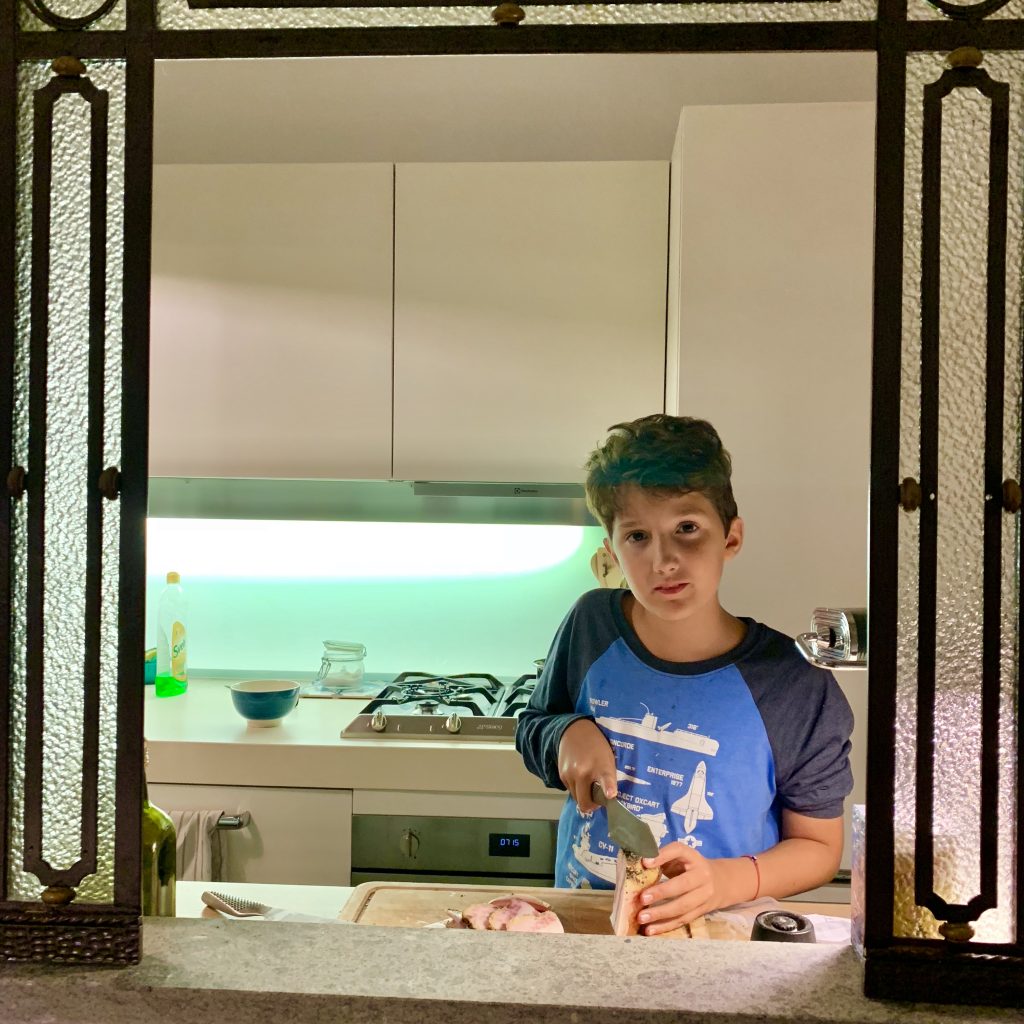 CNN published an articleon Dec 30th, 2015, which describes Tokyo as the ‘Best Food City’ heralding its high-quality ingredients, sophisticated skills and professionalism of its chefs. I visited Spain, Italy, and France this time. All of these countries are strongly acknowledged as countries with delicious foods. Indeed, they offer a lot of amazing dishes that really emphasize their local foods. When it comes to variation, subtlety, and details, however, I think I have to agree with CNN. I hope that you are now a little bit curious about our short movies. I cannot wait to bring you the honest reactions by the children to their first authentic Japanese full-course meals.